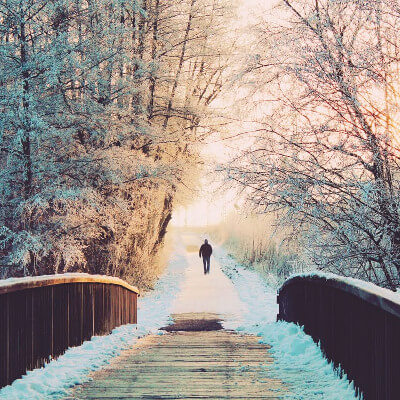 Unlike other types of leave, unpaid leave does not currently have a very specific legal framework. No entry in the Labour Code regulates the conduct of the proceedings. However, many industry and other collective agreements take this into account by proposing texts to guide it, if necessary.

What must be remembered about unpaid leave is that it essentially depends on the agreement of the employer, who has all the legal rights to refuse it to the employee. Thus, if the employer considers that the applicant's position cannot remain vacant for such a long period, leave on personal grounds will be refused. But it is not impossible to find an arrangement with the employer to take unpaid leave in certain cases.

In the public service

Each employee may exercise his or her right to take leave without pay at any time. However, there are a few conditions that must be met before you can take advantage of your leave. Unlike the private sector, the public sector provides for more extensive regulation of this measure. As a result, the employee may not request leave beyond a maximum period of three years. In addition, if his role is deemed too important within his department, his leave cannot be granted, in order to avoid jeopardizing the stability of his service. Finally, each public service employee is required to make his or her request at least two months before the beginning of his or her leave period by sending a registered letter, with acknowledgement of receipt.

It should also be noted that after working in the same department for a period of at least three years, non-permanent staff may also be granted unpaid leave, if they so wish.

In the private sector

Given the legal uncertainty surrounding the issue of unpaid leave in France, several companies refer to collective agreements to define their regulations. Thus, depending on the internal agreements, employees on permanent or fixed-term contracts may consider requesting this type of leave for different reasons, whether for personal or professional purposes, while respecting the conditions set by the employer at the time the agreement is signed.

More information about your collective agreement before making your request

When an employee wishes to exercise his right to unpaid leave, he is advised to find out as much as possible about the provisions of his collective agreement regarding this leave. Thus, it will be possible for him to benefit from a leave in accordance with his departure conditions, despite a lack of remuneration throughout the duration of this leave.

In order to avoid any potential conflict, it is also advisable for the employee to put everything in writing before making his request. Specifying the date of departure and the conditions of return will allow both the employee and the employer to better manage this period of leave, while facilitating the employee's return to work.

What can you spend your leave without pay on?

Since this is initially a leave of absence without pay, it is important to set aside some savings before committing to it. However, contrary to what one might well believe, unpaid leave can be used both for leisure and for the development of a professional activity.

It is in this context that many employees try to start a business during a leave of absence without pay. But be careful, some employment contracts do not allow this type of activity to be undertaken, such as those containing an exclusivity clause or a non-competition clause. Here again, it is important for the employee to take into account his or her contractual commitments before opting for unpaid leave, especially in the event of financial difficulties.

What are the possible remunerations for a period of leave without pay?

In the event that the employee decides to devote his or her time off to rest and entertainment, he or she will have virtually no source of income. Fortunately, holders of a Time Savings Account (TSA) can use it to amortize the cost of this leave by financing some or even all of it.

The principle of the CET is simple: to give employees more rights by allowing them to accumulate paid leave entitlements. This accumulation of paid leave is obtained, among other things, in exchange for periods of leave not taken. The employee can therefore use his or her CET to be paid during periods of inactivity, as is the case during unpaid leave. Thanks to the CET, remuneration can be either immediate or deferred.

For many psychologists, the role of leave is important in maintaining the psychological well-being of each employee. Thus, to prevent several work-related ills, each employee must benefit from a set of leaves that will allow him/her to take a step back from his/her job.

If unpaid leave is not yet sufficiently regulated by law, this is not the case for other leaves to which the employee will be able to turn when the time comes. There are several better regulated leaves of absence available to each employee. For example, parental leave, sabbatical leave and leave for business creation are all devices that can be used as an alternative to unpaid leave.

It is no secret that a calm employee is a much more productive employee. With the increase in burn-out syndrome, employees' disinvestment in their professional activity has increased significantly. To counter this phenomenon, it may be time to consider a redesign of unpaid leave to make it more interesting and accessible for all employees.