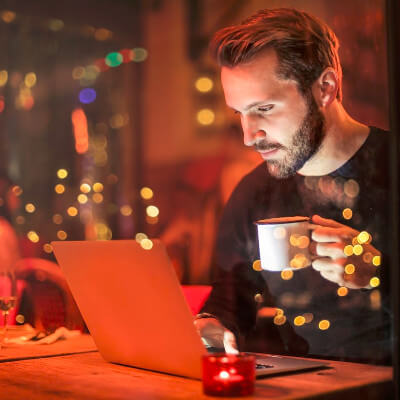 In general, for employees who work overtime, the latter can increase earnings in an interesting way, by working hours outside their weekly hours. Sometimes, these hours may be advantageous for the employer, who may request, under the guise of complying with certain legal provisions, that his employees work hours beyond the legal weekly working time. If the employee does not have the possibility to refuse to work the overtime, there are limitations that are important to be aware of. If the employee refuses to work these overtime hours, the employee is the author of a fault that may lead to dismissal. As for the employee, he has no right to grant him, for example, a minimum number of overtime hours to be worked in the year, so he cannot claim any compensation if his employer refuses to grant him overtime.

How overtime is triggered?

Overtime is defined as hours worked in excess of the maximum 35 hours per week provided for by law or all hours worked in addition to the number of hours provided for in the employee's contract. Thus, if the latter is a signatory to a part-time employment contract with a number of 25 hours per week, any hour worked beyond these 25 hours constitutes an additional hour, unless his working time is annualized.

Indeed, some companies annualize the working time of their employees. This means that overtime worked in excess of the 35 hours per week or the number of hours provided for in the contract may not be counted as overtime if it is compensated during the year. For example, if an employee with a 35-hour contract works 40 hours in one week, working only 30 hours in another week in the accounting year offsets these 5 hours of overtime, which therefore do not have to be considered as such and do not give rise to any rights related to overtime pay.

In the case of an annualised working time, hours worked in excess of a weekly limit set by a collective agreement shall constitute overtime. If no agreement setting such a limit exists, no hour is deducted in the year.

At the end of the period, when calculating the hours, any hour worked in excess of the legal limit of 1607 hours or a limit that would be lower depending on the company agreements shall be considered as overtime and shall be paid as such.

How overtime is counted?

Overtime is considered to be all hours worked by the employee outside his or her normal hours and which have been expressly or implicitly requested by the employer. If the latter refuses to pay his employee, he will then have the burden of proving that the employee in question did not work these hours claimed as overtime at his request.

What would then constitute an implicit agreement of the employer?

It is therefore in the employer's interest to be particularly careful when managing employee hours and it is important to monitor the hours that have actually been worked by his employees. Thus, in the event that the number of hours declared on the pay slip turns out to be less than the number of hours actually worked by the employee, the employer risks being prosecuted for the offence of concealed work, a fraud that can be punished not only in civil law but also in criminal courts.

What about public holidays and other specific cases

Public holidays, paid leave or days of absence granted in the case of illness certified by a doctor cannot be taken into account for the calculation of overtime. Travel time between the employee's home and place of work cannot be considered as overtime either. Thus, if an employee obtains a day of paid leave in a week and this day is equivalent to 7 hours normally worked, these 7 hours will be paid as paid leave and not as overtime.

How are overtime hours paid?

Under the law, the first eight hours of overtime must be increased by 25% and for all hours following this first 8-hour threshold, the increase is 50%. Nevertheless, a collective agreement can be reached to set this remuneration, and in a more interesting way for the employer. On the other hand, it is impossible for the agreement to provide for an increase of less than 10% of the employee's hourly wage. In addition to setting overtime premium rates, the collective agreement may also provide that all overtime may not be paid in full but compensated by other methods, such as compensatory rest equivalent to the time worked in overtime.

In any case, it is also important to note that overtime worked beyond what has been set by the collective agreement or must be compensated in rest in addition to wage increases. In this case, the collective agreement again has the power to regulate the compensation arrangements for hours worked in excess of the annual quota. If these terms and conditions are not provided for in the agreement, then the legal decree applies. The latter sets a limit of 220 overtime hours over the accounting year.

In view of all this information, it can be seen that while overtime does indeed comply with public policy regulations, collective agreements are granted a certain flexibility that makes it possible to adjust the arrangements for overtime.