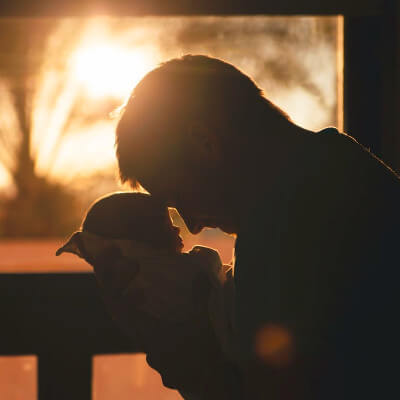 What are the conditions for a father to be entitled to paternity leave? How long is this leave? And what is his remuneration? We answer all these questions.

Who can benefit from it?

All men in a profession (whether employed or not), jobseekers, and men who are in vocational training are entitled to this leave. It should be noted that a pregnant woman's spouse may apply for paternity leave and childcare even if he or she is not the father of the unborn child. If the spouse is a woman and she lives in a conjugal relationship with the mother, she may also benefit from this right.

The duration of paternity leave.

The deadline for paternity leave.

The beginning of paternity leave must begin within 120 days of the birth. Beyond these four months, it may no longer take effect. However, it may continue beyond this deadline. Example: A father whose wife gives birth on January 1 can take her paternity leave from April 25, because the date is within the time limit. This leave will therefore continue beyond the deadline since it will end on May 6 in the case of an 11-day leave.

There is no obligation for a father or spouse to take this leave. It is a right and not a duty, so the choice is free.

The steps to be taken.

To benefit from this leave, certain procedures must be followed. First, the father of the child, if employed, must send a letter to his employer stating the start and end dates of his leave. This letter must be sent at least one month before the leave takes effect. The employer may refuse this leave if he or she has not been notified within the time limit imposed by law. To receive compensation for his paternity leave, the father (when he is an employee) must also send a full copy of the birth certificate to his CPAM.

During paternity leave, an employee does not receive his remuneration because his employment contract is suspended throughout this period. It is therefore the Social Security which takes over for the remuneration. Indeed, the father can receive daily compensation, but under certain conditions. As an employee, he or she must have accumulated 150 hours of work in the 90 days preceding the start of the leave. The amount of this compensation is calculated on the basis of a basic daily remuneration. Indeed, the employee's last three remunerations are totalled and divided by 91.25. That is, the amount of this daily compensation must not exceed the monthly ceiling of the CPAM. A father who is not employed, and receives unemployment, for example, is entitled to this benefit. However, the latter cannot be combined with other social benefits, so it will replace unemployment benefit during paternity leave.

Any employee may be entitled to paternity leave, regardless of his or her length of service in the company. He can benefit from it whether or not he is on an open-ended contract. Although the employee is systematically entitled to paternity leave, he or she must nevertheless meet certain conditions in order to receive the daily compensation paid by the Social Security.

The conditions are as follows

Note that during the leave, the employee is not entitled to work, so he or she must not perform any duties, even if he or she performed two of them for example.

From the moment the baby is born, the father enjoys a period of protection. Indeed, his employer cannot impose any dismissal on him, except for serious misconduct not related to the birth of the baby (and the employer must then provide proof of this), or for economic reasons related to the company. This period during which the employed father is protected against dismissal is 10 consecutive weeks, which begins immediately after the birth. And whether or not he took his three-day leave or not. That is, this period of protection is also valid during the three-day leave, if the father takes it.

If he cannot be dismissed, the salaried father may resign during his paternity leave. He must then send a letter to his employer specifying the reason for his resignation.