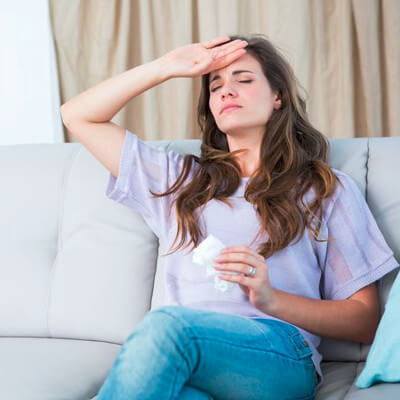 All employees benefit from 30 working days of paid leave at the expense of their employer each year. Some measures are therefore taken when he falls ill during his paid vacation or before going on paid vacation. Thus, the postponement of paid leave is possible if the illness occurs before his departure. In such a case, it is up to the employer to decide on the new date. However, it is impossible to postpone paid leave when it is during them that his state of health deteriorates.

Can we benefit from paid leave in the event of absence due to illness?

On this essential question, the Court of Cassation has given a fairly clear position. The High Court states that absences related to illness and not assimilated to actual work within the meaning of the law do not entitle the employee concerned to claim paid leave. However, such a solution would only be adopted if contrary contractual provisions are established by the company. The Court of Cassation also specifies that the employer is formally prohibited from deducting days of absence due to illness from annual leave. The question asked must therefore be answered by saying that an employee can in principle benefit from paid leave in the event of absence due to illness.

What are the consequences of illness before or during paid leave?

To answer this crucial question clearly, two hypotheses must be considered. It is therefore necessary to study the consequences when the employee is the victim of an accident or falls ill when he takes paid leave or even before it has been taken. Secondly, the situation of the worker whose illness occurs during his paid leave must be carefully analysed in order to identify possible solutions.

It often happens that the employee cannot take his leave because he is the victim of an accident or sick when he goes on holiday. In this event, he may request that his paid leave be carried over. This is a possibility that exists as soon as the work stoppage can end before the end of the leave period. It is up to the employer to decide the dates of the deferred leave. For this reason, we cannot talk about the loss of untaken paid leave. If the end of the work stoppage occurs after the end of the period of conventional or statutory paid leave, the worker may also be entitled to carry over his or her annual paid leave. In this case, he must prove that he has been refused to go on holiday because of absences justified by an occupational disease, an accident at work or an illness. It should also be noted that each employee is entitled to annual paid leave upon return from adoption or maternity leave. This is a right that applies to all employees of the company, regardless of the period of time chosen by the employer or a collective agreement. The time limit on the carry-over of paid leave remains possible. It all depends on the collective agreement to which a company can be a company.

When the illness occurs during the employee's leave

An employee may become ill or suffer a personal or occupational accident during paid leave. In such a case, no interruption of holidays through sick leave is possible. Paid leave will therefore proceed in a normal way. A worker in this situation cannot consider taking leave at a later date on the pretext that he or she has not been able to fully enjoy his or her vacation. There is no provision in the Labour Code requiring the employer to grant the employer new paid or unpaid leave. As can be seen, an employee who falls ill during his or her leave is not entitled to postpone or extend it.

Sick leave may end before the end of paid leave. The employee's return to work is therefore made on the end date of the paid leave. This being in principle agreed initially. The worker concerned is not allowed to force his employer to postpone his holidays or to demand their extension.

When the employee's recovery is after the end date of the leave, he/she may return to work as soon as his/her sick leave expires. More flexible measures may be provided for in a collective agreement. It is thus possible that a sick worker on his days of rest may be allowed to take his holidays later or to benefit from a compensatory allowance. As the law is evolving, the situation may well change over time. It should be borne in mind that the main objective of paid leave is to allow employees to rest well. It is in this sense that profound changes could take place in the future. The employee who has not been able to take full advantage of his days of rest due to illness is increasingly recognizing his right to postpone them.

What to do if the employer refuses to carry over paid leave?

In the event that the employer refuses to carry over paid leave to another period on the grounds of absences due to illness, labour legislation provides for the payment of paid leave pay to the employee concerned. The Labour Court may be consulted by the worker in such a situation in order to obtain such a postponement from the company employing him. This referral may also result in the payment of damages to the employee by the employer for the damage suffered. The worker also has other rights in the event of his employment contract during his paid leave. He is entitled to claim compensation for unearned paid leave not taken. To avoid unpleasant surprises, it is best to have reliable information on the employee's obligations and rights regarding sick leave.