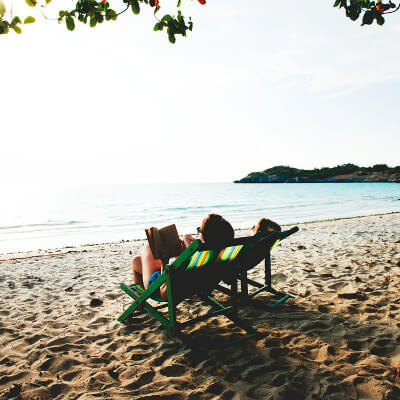 Since the Industrial Revolution, our relationship with work has evolved over the generations. With the advent of robotics, it has even become possible to halve our working time in some sectors. Would our time finally be favourable to the emergence of unlimited leave?

Everything starts in Silicon Valley

Although the American theorist Peter Drucker was the very first author to set out the principles of "Management by Objectives" (MPO), it was not until the beginning of the 21st century that we observed the implementation of these managerial methods on a large scale.
In theory, unlimited leave works in tandem with the results-based culture that is replacing the schedule culture. In any case, this is what the giant Netflix has been offering its employees since 2009. Indeed, the American streaming giant allows its employees to take holidays whenever they want, without any limit. However, each employee must meet a certain number of objectives to ensure his productivity, according to his own procedures.

A young and refreshing concept

If the concept of unlimited leave is so attractive to Silicon Valley companies, it is because it speaks to a wage bill composed essentially of young people who approach work differently from their elders. In an increasingly dematerialized world, the principle of presenteeism is considered too disabling for some employees who want to be able to work from any space, without having to go to their company's premises. This approach to unlimited leave also allows Silicon Valley to maintain its role as an innovator in management structures, while strengthening its "cool" imaging.

And France in all this?

Always keen on new management innovations, French start-ups are trying to stay at the forefront of innovation. It is therefore logical that they are beginning to draw inspiration from American giants, such as the Virgin group, which adopted the "unlimited vacation policy" in 2014 under the leadership of Richard Branson.
There are already a few Parisian startups that apply the principle of unlimited leave.

A new way of thinking about productivity?

When an employee goes to work, there is no guarantee that the employee will be productive throughout the workday. And for good reason, several studies show that an employee's productivity is not directly correlated to his time in the office. It is therefore not surprising to discover from a study published by Horoquartz that 75% of the employees surveyed believe that greater flexibility in the organisation of working time would considerably increase their productivity. At the same time, several professional sectors complain that they cannot attract talent and then retain them in their companies. Here too, the concept of unlimited leave could become a major hiring argument for companies wishing to attract new high-performance managers, while offering them a more peaceful working environment.

Called "Millennials" in the United States, this term is used to refer to all young people born between 1980 and 2000 in the West. Sociologists believe that this generation of young people has managed to forge their own behavioural traits, which involve, among other things, a certain rejection of the world of work. Indeed, the "Generation Y" actors no longer consider income as the main source of professional fulfilment and tend to seek new experiences in working life. Thus, the response to unlimited leave seems to be particularly well adapted to stem the phenomenon of turnover.

On paper, unlimited leave is attractive to both employees and employers. However, the legality of this concept is the subject of much debate in France. Indeed, the Labour Code is the main reference point for working conditions in France. Its role is mainly to defend employees while providing a viable legal framework for employment in France. At present, the Labour Code does not have enough tools to guarantee the transparency of companies that will opt for the concept of unlimited leave. In addition, the Labour Code only allows for differential treatment between employees in certain specific contexts. Finally, the "Management by Objectives" method requires the ability to check whether managers set realistic or unrealistic objectives for employees in order to prevent any potential abuse of this system.

A system that cannot be exported to all sectors

Still to remain in the disadvantages of unlimited leave, one could mention the fact that this system cannot be applied to certain sectors, such as those of Health or Industry, where the presence of employees is required at all times. It is also unthinkable to apply this system to sectors that depend on continuity of service to operate. Employees subject to the 35-hour working week would also not be able to benefit from it. As such, the concept of unlimited leave may well accentuate some inequalities if its application is not thoroughly studied.

A further utopia to be achieved?

The principle of unlimited leave is becoming a tangible dream for some employees around the world. However, if the dream is not to turn into a nightmare, it is first and foremost necessary to initiate a structural change, both in terms of legal institutions and mentalities. In many sectors of activity in the XXème century, work was perceived and experienced as an alienating phenomenon. It has therefore become urgent for us to perceive it as more than a chore, in order to reduce the burnouts that are more and more present in the Western world. At present, French law defends the principle of equal treatment of employees, which is the first obstacle to the widespread application of unlimited leave. But there is a good chance that we will soon see a reform of the labour market, provided that it goes in the direction of protecting employees, by opening up new horizons for them to give them a taste for the work done every day.