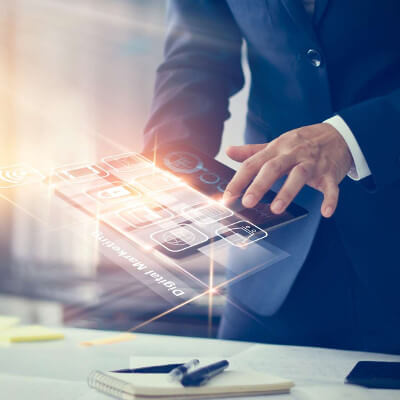 An employee, who has been on permanent contracts for several years in the company, works part-time 3 days a week (Tuesday, Wednesday and Friday). He informs you today that he wishes to take leave on weeks 32 and 33 and part of week 34 (i.e. Monday 6 August to Thursday 23 August inclusive) and return to work on Friday 24 August.

He asks you how many days of leave he will have left on August 24, as he plans to take all the remaining leave during the month of December.

A part-time employee has the same leave entitlements as a full-time employee. The duration of his leave may not be reduced in proportion to his working hours. Thus, like full-time employees, he benefits from 30 working days, i.e. 5 weeks' leave on 31 May of each year for one working year.

In accordance with case law, it is not necessary to deduct the number of days of statutory paid leave taken by the employee from the days on which he or she was actually required to work. The starting point of the leave calculation is the first day on which the employee should have worked if he had not gone on leave until the return of his leave

Incidence of public holidays When the calculation is made in working days, a public holiday is not considered a working day. Its inclusion in paid leave therefore has the effect of extending the duration of leave by one day.

M7 - Starting point of the settlement: first day on which the employee should have worked.
D12, M15, D19 - Working days: every day of the week except the weekly rest day (Sunday) and statutory holidays not worked.

Can you refuse to grant him these days and impose other departure dates? If so, why and how?

The initiative for paid leave belongs to the employer. In practical cases, the departure on leave is often planned in agreement with the employee. In the event of disagreement, the arbitration shall be the responsibility of the employer.
Paid leave must be taken in two stages: a main leave on the one hand (4 weeks) and a fifth on the other (art. L3141-17 Labour Code).

The period of leave is determined by collective labour agreements or agreements. Failing this, this period shall be set by the employer with reference to usage and after consultation with employee representatives and the works council.
In all cases, it includes the period from May 1 to October 31 of each year (TB art. L3141-13).

The fifth week is not necessarily taken during the legal leave period. Unless there is a particular geographical constraint, it must not be attached to the main leave.

Date of departure on leave:

The employer must inform employees of the period of leave taken at least 2 months before the start of this period, i.e. no later than 1 March (Art3141-5 of the Labour Code).

Within the holiday period and unless the order of departure results from collective labour agreements or conventions or practices, this order shall be determined by the employer after consulting the employee representatives, taking into account

When the main leave (excluding the first 2 weeks, i. e. 12 working days at most) is taken between 1 November and 30 April, the employee is entitled to:

In August, if the employee falls ill, before or during his leave, does he benefit from a postponement?

At the time of departure on leave:

If the employee falls ill before leaving on paid leave, the employee retains his or her right to leave and may request it at a later date, even if the period of leave has expired upon his or her return.

This solution is the result of a recent judgment delivered on 24 February 2009, in which the Court of Cassation adopted the same position as the Court of Justice of the European Communities, considering that " where the employee has been unable to take his annual paid leave during the year provided for by the Labour Code or a collective agreement because of absences due to illness, accident at work or occupational disease, the paid leave acquired must be carried over after the date of resumption of work " .

Until this art, if the employee was sick (excluding work-related accidents or occupational diseases) during the entire legal period of paid leave, he lost his leave. The employer was not required to grant a carry-over of leave to the following year.

Unless more favourable contractual provisions are in place, an employee who is ill during his leave may not require that such leave be extended for the duration of the illness, nor that it be postponed.


The employer pays the employee his paid leave allowance, without deducting the daily social security allowances, since both can be accumulated. On the other hand, and unless otherwise provided by agreement, the employer will not be required to pay the employee any additional sickness benefits due in respect of the employee's continued employment in the event of illness.