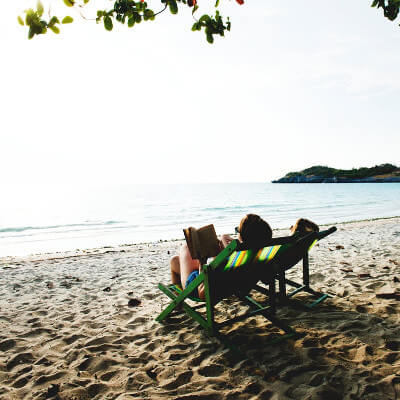 Holiday dates 2019 are as follows in France:

It is therefore four dates of the 2019 public holidays that will give us the joy of a long weekend.

The Egyptian calendar, for example, focused on the fluctuations of the Nile River, while using astronomy.
The Roman Republican calendar, for its part, began the year on March 1. This was the period when the calendar was focused on the lunar phases. Then, during the first century BC, Julius Caesar introduced the solar calendar.

The tradition of exchanging gifts under the tree already existed at that time, except that rather than under conifers, it was under branches of trees considered sacred that the Romans exchanged their gifts. And this act of kindness was done on New Year's Day. Over time, the gifts took on a little more prestige and became gold-covered nuts or coins representing Janus, the guardian of passages and crossings, and the divinity of change and transition. On one side of the coin, Janus was represented with his face facing the future, and on the other side, he was facing the past. It thus symbolized the passing of time, a month that ends for another to begin. It is from this God of Roman mythology that the name of January comes from.

In the 9th century, under Charlemagne, New Year's Day was celebrated at Christmas. And under the Capetian dynasty, the beginning of the year coincided with Easter Day. The dates of the 2019 public holidays are therefore far from the Roman calendar. Please note that if we are now celebrating the beginning of the year on 1 January, it is because of the former King of France Charles IX. Indeed, the latter ratified this date by the Edict of Roussillon in 1564. It was not until 1810 that New Year's Day was declared a holiday by the Conseil d'État.

Over time, some public holidays were no longer paid

The little story of May 8 The public holiday dates 2019 symbolize days off, but not all of them are paid. Indeed, after the heat wave of 2003, which turned out to be a real disaster during which 15,000 elderly people died, the then President Jacques Chirac took a decision that would change some things. Wishing that the French would contribute to the creation of a national solidarity fund for this vulnerable segment of the population, he decided that May 8 would be sacrificed. This date was chosen because it rarely falls on weekends. The dates of the 2019 public holidays illustrate this well since May 8 will be a Wednesday.

Pentecost is a Christian holiday that symbolizes the outpouring of the Holy Spirit on a group of disciples of Jesus of Nazareth, following an episode in the Acts of the Apostles. The day of Pentecost comes 50 days after Easter. This day, which is one of the dates of the 2019 public holidays, was formerly paid. If Pentecost always falls on a Sunday and is therefore a holiday, Pentecost Monday was a public holiday. But since 2014, following the Raffarin government's decision to make it a day of solidarity for the elderly, it has become a busy day for many companies. Employees are therefore working this day without being paid and employers are required to pay a contribution of 0.3% of their payroll to the solidarity fund created under the presidency of Jacques Chirac.

This money is spent in a useful way on behalf of the elderly. The funds are used to modernize retirement homes, to finance various types of assistance such as home help, or to help purchase assistive devices and equipment for elderly people with disabilities, such as wheelchairs.

In 2008, things changed a little. Indeed, every French employee must, during his year, work 7 more hours free of charge, but whenever he wishes. There is no longer any obligation for this unpaid working time to take place on the day of Pentecost. Pentecost is at everyone's discretion. Some employers decide to honour this Christian holiday by leaving their day to the employees, others decide to continue their activity.